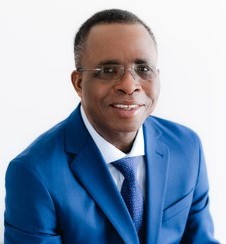 416-409-2005905-953-0550My Website Email me
Meet “Mr. Real Estate”-Victor Diji, As He Is Fondly Called By Some Of His Peers.
Victor Chike Diji earned his real estate license twenty-four years ago in 1997, ever since then his career as a realtor has exhibited a steady pattern of success. He had arrived as a new immigrant in Canada only a few years before, seeking a better standard of living for his family. He chose to enter the field of Real Estate because he sought to help his fellow immigrants by providing them with their own homes from which to begin their new lives as Canadian. His desire was to help newly landed immigrants create wealth by owning a home and start building equity instead of making landlords rich. Victor Diji originally from Nigeria, has also helped many clients of Caribbean immigrants and non-African origins achieve their dreams of owning a home. Victor Diji’s success must also be accredited to his disciplined work ethic and his transparent honesty in all affairs and business transactions pertaining to his career. These personal traits have built for Victor an image worthy of emulation by his peers.
However, this is not the only testament to Victor’s success as a Realtor and a Canadian Citizen. Over the years he has racked up a series of Awards honoring his achievements from both the Real Estate Community and the Nigerian Community. In 1999, he received the Royal LePage Residential Real Estate Services Master Sales Award in recognition of his professionalism in his chosen field. Less than a year later he won the Spirit of Excellence Award from TD Canada Trust Bank. That same year he was presented with the President's Gold Award for the years 2000, 2001, and 2002 consecutively. He was also awarded with the prestigious Tridel Award honoring the best realtors in 2001. In 2003, Victor Chike Diji was presented the Director’s Platinum Award, one of the top echelons of Real Estate prizes doled out by Royal LePage. He received the Planet Africa Television Entrepreneur Award in 2004. All these marks of distinction have led to him being among the top producing 1% realtors in Canada. Victor however has resisted the urge to focus all his energies on his career alone. He has also devoted a significant amount of his time to bettering the Nigerian Community here in Canada and Overseas. He served as the Public Relations Officer for the Nigerian Canadian Association (NCA) for years and he has been acknowledged for his efforts with the Nigerian Community. For instance, he received the NCA award for Outstanding Community Service and he was a proud sponsor of the Queen of the Miss Nigeria Canada Pageant in 2000.
Victor is married to his beautiful and hard-working wife Dorothy, and they have five children.
Designation: Dip. B.Sc.
Languages: English
Experience: 24 years